HARRISBURG, Pa. – Governor Tom Wolf was joined by Representative Patty Kim at Wesley Union A.M.E. Zion Church in Harrisburg to call on Pennsylvania’s General Assembly to pass legislation for the American Rescue Plan Act (ARPA)-funded $500 million PA Opportunity Program, which would send checks of up to $2,000 to millions of Pennsylvanians.

“I first introduced this plan four months ago,” said Gov. Wolf. “A lot has changed since then, from inflation to price increases to a war in Ukraine. Pennsylvanians need our support even more today than they did in February.”

In Gov. Wolf’s proposed PA Opportunity Program, $500 million in ARPA dollars would provide direct payments of up to $2,000 for Pennsylvania households with an income of $80,000 or less.

In February, Gov. Wolf unveiled a $1.7 billion proposal for Pennsylvania’s $2 billion in federal ARPA dollars. If the money isn’t used by December 31, 2024, it will be sent back to the federal government.

“This plan will help Pennsylvanians get back on their feet right now – but I also want to look ahead, to the long-term solutions that will help keep Pennsylvanians on the path to prosperity,” said Gov. Wolf. “That’s why I support raising the minimum wage for all Pennsylvanians.”

The program aims to “help families still recovering economically from the COVID-19 pandemic or support them with covering pandemic-related costs and managing the current, every day increasing cost of living.”

“But there’s better ways to spend the money,” said Robinson. “Out here in Pittsburgh, we have bridges falling around the city. We have a lot of closures.”

“The price increases we’re seeing right now are especially painful because wages haven’t kept up with the rising cost of living for many years,” said Gov. Wolf. “This reality of unchanging wages and rising living costs has stretched the resources of working Pennsylvanians and their families to the limit, and with the recent dramatic price increases, beyond it. 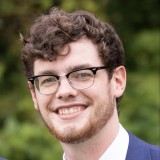